Shirdi Sai Baba in the Light of Sufism

Shirdi Sai Baba in the Light of Sufism

Sufi Influences on Shirdi Sai excerpts from Unravelling the Enigma, Shirdi Sai in the Light of Sufism, by Marianne Warren. 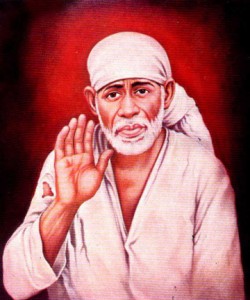 The Sufi Maqamat – Seven Stations on the Path
Tawbat or Repentance

The first station or maqam on the Sufi path is repentance or conversion, termed tawbat, through which the aspirant is spiritually ‘reawakened’ to his true identity with God. Conversion may be taught or initiated spontaneously by a dream, vision or supranormal experience, which causes the individual’s sudden transformation – shocking him into re-evaluating his life and making a fresh start. He feels contrition for past sins, and regret for any evil caused. ‘Repent to God with unswerving repentance’, says the Qur’an. Ibn Abbas clarifies this statement saying, ‘unswerving repentance is remorse in the heart, asking forgiveness with the tongue, abstention with the body, and resolution not to revert.’ It requires the adept to question his values, his reason for being, and the very meaning of life. He must recognize the transitoriness of the world of matter and discover the true value of spirituality. There are instances in all religious traditions where individuals are ‘converted’ by some incident, from which time they renounce their existing lifestyle in order to seek God. Jalaluddin Rumi, who was to become one of the greatest of all Sufis, underwent such a transformation when he met Shams of Tabriz. As a prominent scholar, Rumi occupied an enviable academic position in society, but he suddenly abandoned everything in order to devote himself to the Sufi path. He succeeded in demonstrating the superiority of Sufism to the theological and intellectual approaches of his day by giving an answer to the meaning of life, and the mystic order he founded greatly influenced Middle Eastern thought thereafter. A example of sudden conversion occurs within the Shirdi Sai literature itself, in the life of Narasimhaswami, who abandoned his householder lifestyle after the tragic drowning death of his children, in order to seek God. Many people, however, have to be taught or cajoled into repentance, and the Sufis identify four levels of repentance by abstention from – kofr (unbelief); fojur (lewdness): immoral traits; and finally from everything other than God. Sharafuddin Maneri describes the transforming effects of repentance and mentions one of the techniques for it:
The reality of repentance requires a radical shift in one’s basic nature. Whoever commands a novice to undergo a forty-day retreat commands it for the sake of this change, in order that his very nature might be transformed. When he has been fully converted, he becomes another person, not in the sense that a different man appears in front of you but, since his qualities have changed, he too has changed. His essence remains the same yet it hardly matters, for now a completely different faith, a real faith, appears in him. 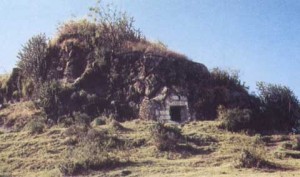 This cave used by Shirdi Sai in the 19th century was also used
in the 13th century by Sufi saint Zar Zari Zar Bakhsh of the Chishtiyya Order.

Sufi training, particularly in the Chishtiyya Order, often included such a forty-day retreat termed a chillah, like the one mentioned above, and it was considered to be an important technique in the mystical training given by a Master or pir to his pupil or murid. The aspirant was to undertake a forty-day period of seclusion spent in fasting, meditation, recollection and devotional exercises to purify the soul. Each pir would have his own method of initiating this spiritual experience, and would assist in finding a suitable secluded place or special dark space.