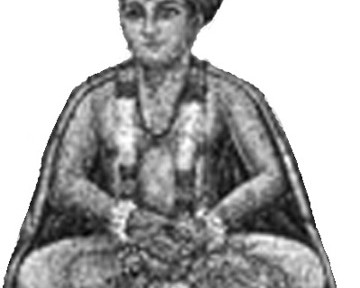 Union of Shiva and Shakti 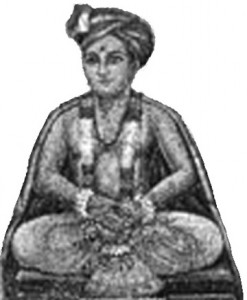 I offer obeisance to the God and Goddess, The limitless primal parents of the universe.

1. The lover, out of boundless love,
Has become the Beloved.
Both are made of the same substance
And share the same food.

2. Out of love for each other they merge;
And again they separate for the pleasure
of being two.

3. They are not entirely the same—
Nor are they not the same.
It is impossible to say exactly what they are.

4. Their one great desire is to enjoy themselves;
Yet they never allow their unity to be disturbed
Even as a joke.

5. They are so averse to separation
That even their child, the universe,
Cannot disturb their union.

6. Though they perceive the universe
Of inanimate and animate creation
Emanating from themselves,
They do not recognize a third.

7. They sit together on the same ground,
Wearing the same garment of light.
From time past remembrance they have lived thus,
United in bliss.

8. Difference itself merged in their sweet union
When, seeing their intimacy,
It could find no duality to enjoy.

9. Because of God, the Goddess exists,
And, without her, He is not.
They exist only because of each other.

10. How sweet is their union!
The whole world is too small to contain them,
Yet they live happily together in the smallest particle.

11. They regard each other as their own Self,
And neither creates so much as a blade
Of grass without the other.

12. These two are the only ones
Who dwell in this home called the universe.
When the Master of the house sleeps,
The Mistress stays awake,
And performs the functions of both.

13. When He awakes, the whole house disappears,
And nothing is left.

14. They became two for the purpose of diversity;
And both are seeking each other for the
purpose of becoming one.

15. Each is an object to the other;
And both are subjects to each other.
Only when together do they enjoy happiness.

16. It is Shiva alone who lives in all forms;
He is both the male and the female.
It is because of the union of these two
That the whole universe exists.

19. Thought manifesting duality,
These two—the eternal couple—
Are eating from the same dish.

20. The Shakti, endowed with chastity and fidelity,
Cannot live without Her Lord;
And, without Her,
The Doer-of-all cannot be.

21. Since He appears because of Her,
And she exists because of her Lord,
The two cannot be distinguished at all.

22. Sugar and its sweetness
Cannot be told apart,
Nor can camphor and its fragrance.

23. If we have the flames,
We also have the fire.
If we catch hold of Shakti,
We have Shiva as well.

24. The Sun appears to shine because of its rays,
But the rays themselves are produced by the Sun.
In fact, that glorious Sun and its shining are the same.

25. To have a reflection, one must have an object.
If we see a reflection, then we infer that an object exists.
Likewise, the supreme Reality which is one
Appears to be two.

26. Thru Her,
The absolute Void became the primal Person;
And She derived Her existence from Her Lord. 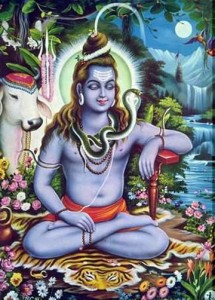 27. Shiva formed His beloved Himself;
And without Her presence,
No Person exists.

28. Because of Her form,
God is seen in the world.
Yet it was He
Who created Her form of Himself.

29. When He embraces Her,
It is His own bliss that Shiva enjoys.
He is the Enjoyer of everything,
But there is no enjoyment without Her.

30. She is His form,
But Her beauty comes from Him.
By their intermingling,
They are together enjoying this feast.

31. Shiva and Shakti are the same,
Like air and its motion,
Or gold and its luster.

33. If night and day were to approach the Sun,
Both would disappear.
In the same way, the duality of Shiva and Shakti vanishes,
when their essential unity is seen.