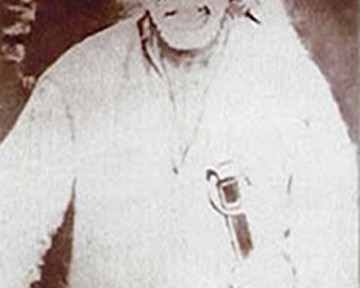 An excerpt from Shri Sai Satcharitra, The Wonderful Life and Teaching of Shri Sai Baba, adapted, from original Marathi Book by Hemadpant, and translated into English by Nagesh Vasudev Gunaji. Pages 209-210. 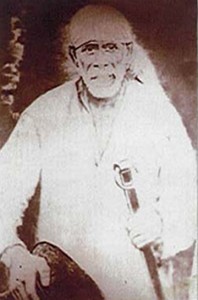 Again, the Shishya (disciple) like the Sadguru is really embodiment of Jnana (wisdom). The difference between the two lies in the attitude, high realization, marvellous super-human Sattva (Beingness) and unrivalled capacity and Aishwarya Yoga (divine powers). The Sadguru is Nirguna, Sat-Chit-Ananda (Being-Consciousness-Bliss). He has indeed taken human form to elevate mankind and raise the world. But his real Nirguna nature is not destroyed thereby, even a bit. His Beingness (or reality), divine power and wisdom remain undiminished. The disciple also is in fact of the same swarupa. But, it is overlaid by the effect of the samskaras of innumerable births in the shape of ignorance, which hides from his view that he is Shuddha Chaitanya (see Bhagavad Gita., Ch. V As stated therein, he gets the impressions “I am Jiva, a creature, humble and poor.” The Guru has to root out these offshoots of ignorance and has to give upadesh or instruction. To the disciple held spell-bound for endless generations by the ideas of his being a creature, humble and poor, the Guru imparts in hundreds of  births the teaching- “You are God, you are mighty and opulent (rich).” Then, he realizes a bit that he is God really. The perpetual delusion under which the disciple is labouring: that he is the body; that he is a creature (jiva) or ego; that God (Paramatma) and the world are different from him, is an error inherited from innumerable past births.
From actions based on it, he has derived his joy, sorrows and mixtures of both. To remove this delusion, this error, this root ignorance, he must start the inquiry. How did the ignorance arise? Where is it? And to show him this is called the Guru’s upadesh.

Unless these errors are exposed to his view, the disciple cannot learn what is God, Jiva, world, body; how they are interrelated and whether they are different from each other, or are one and the same. To teach him these and destroy his ignorance is this instruction in Jnana (wisdom) or Ajnana(unwisdom). Why should Jnana he imparted to the jiva, (who is) a Jnanamurti?  Upadesh is merely to show him his error and destroy his ignorance.