The Life and Sadhana of Mota Maharaj (Bhagat)2

This is an excerpt from a 99 page document put out by the Hariwani Trust entitled “Pujya Mota Jeevan Darshan”. This document is a full biography of Mota, complete with pictures. The author is not mentioned. Their website is www.pujyamota.com. 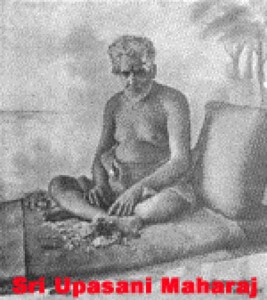 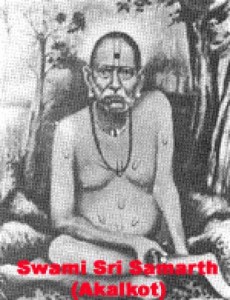 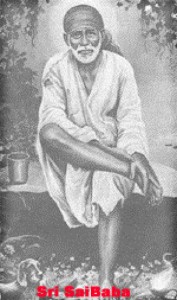 During his first visit, Chunilal was surprised at Dadaji’s effusion:”I am Saibaba of Shirdi, I am Upasani Maharaj, I am Tejuddin Baba. I am the Swami of Akalkot.” (They were all well-known saints of India. Two were Muslims.) Chunilal could not, at first, believe in the truth of that claim. Many years after, however, when he had grown into a highly advanced sadhak, he had graphic visions of those saints and could discern his Dada in their hearts. It was then that he saw that Dada’s utterances were not hollow boasts and that by self-realization the saints were identical in spirit. That broadened his outlook. Without any constraint he met them and rose in stature by the meetings.

The Antyaja Seva Mandal opened in 1928 a new Ashram to provide free food, residence, and education to Antyaja (untouchable) boys at Bodal, a small village in Kheda District. Shree Vallabhbhai Patel performed the opening ceremony. (Later he was entitled ‘Sardar’ by the people. He made a name in history by saving India from becoming a huge Balkanized region. When India became independent in 1947, the British rulers with just the non-chalant advice to join with either Bharat or Pakistan also gave about 600 subordinate native states. Sardar Vallabhbhai, however, competently managed to amalgamate almost all of them into one compact Bharat.) It was a celebration day that ended with a feast. What with the preparation for the occasion and what with the service at the feast etc., the workers, tired and jaded, could go to sleep only after midnight.
Within an hour they were roused by a commotion. One of them, Bhagat in fact, was crying very loudly, “Hari Om, Hari Om,” to ease the torture he was suffering from. For the night rest he had gone a little away from the crowd. Two seniors, Thakkar ‘Bapa’ (Bapa – father; of the downtrodden Bhills and Antyajas) and Shree Srikant, Vice-president of Bhil Seva Mandal, also went there and they slept on both the sides of Bhagat. Strange, that a deadly viper had chosen the man sleeping in the middle for his deadly bite. Stranger still, that the victim, instead of giving way to howls and tears, was uttering very loudly and incessantly the chant ‘Hari Om’, intensely absorbed in the chant he was hardly conscious of anything else. Popular remedies were tried. They failed. Snake charmers came. They could do nothing. Somebody suggested the use of neem (herbal) leaves. If they tasted bitter, there was a hope of recovery. Bhagat said he was accustomed to eating neem leaves and would not even otherwise find them bitter. Quick medical aid was impossible in that small village or nearly. No vehicle to take him quickly to the nearest railway station, eight miles away was available. After ages, therefore, he was taken to the Missionary Charitable Hospital at Anand. Dr. Cook was well known all around for his very loving and serviceable nature. (The people honored him by arranging a public function when later he retired.) He extracted the poison. He was a devout Christian and could understand the significance of the chant. He said the patient was able to keep up his life for that long time only by the grace of God invoked by his chant. The poison, he declared, was otherwise deadly enough to kill any man in no time. 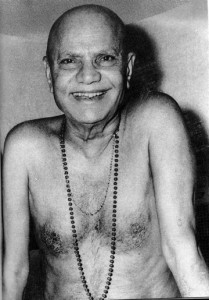 Even this near-rebirth of Bhagat has an unhappy aftermath. For many years he had to take a cold bath thrice or four times a day to cool his body. And yet this tale is an example of the God’s favour in His unique way.
The very instant of the bite Bhagat had a brain wave. (Who sent it but God?) He was immediately reminded of a related observation of Mahatma Gandhi made many years earlier. Mahatma Gandhi had stated that it was of superb importance to see that a snake-bitten man did not lose his consciousness. Even beating him repeatedly to save him from stupor was a merciful non-violent act. This sudden remembrance made Bhagat resolve to keep up his consciousness at any cost. Hence his do-or-die attempt at loud incessant chanting, and hence its finale in that constant uninterrupted remembrance of God which was so much after Bhagat’s heart. Was this snake – bite then a calamity, a curse? It was in fact a boon. Bhagat had gone to Bodal only to attend the celebration. He returned to Nadiad loaded with the gift of a great fillip to his spiritual progress.