Coming Out of Solitude 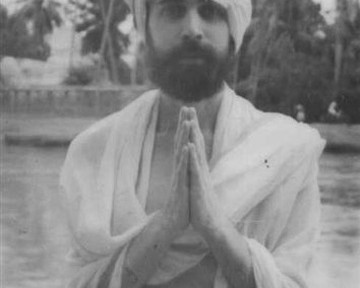 Coming Out of Solitude

At every step of the process of solitude lies a special challenge that must not be under-estimated. After one has spent some time in solitude, one will have gone through a number of changes in consciousness without knowing how to measure or assess them. It has been said that 21 days in a solitude room is the equivalent of a death and rebirth in terms of how much one’s consciousness has changed. Whether this is exactly so or not, it will be used as an example of the scope of change. Even in smaller times of one week, such significant changes occur that you cannot come back as the one hundred percent same person. Something will have shifted in your perception of and ability to experience reality. This is quite remarkable and profound. It does however set up a series of struggles as one exits the solitude.
There is no doubt of the profound inner change but there are only inner references points to it. These changes have not been put to the test of life! The inside has changed but one’s outer behavioural patterns have not. Some inner karma has changed but the outer has probably not changed much. The dichotomy of the inner and outer me becomes accentuated and magnified as one leaves the room. There is an unknown factor here …..unknown at least to the ego….. who am I now? ….and what has changed?
When one comes out of solitude one’s sensations and thoughts are extremely magnified and seemingly clear. It is as if one has been born again. As the intensity of solitude is left, one prepares to indulge in the world of objects and phenomena. It is as if one suddenly relaxes into it and goes with the flow. Everything seems renewed and fresh. It seems as if one has a new lease on life. Rarely does one come out with a whimper but rather a rush of vitality. From visual darkness back into sunlight! Everything is incredible colourful and alive. It seems as if whatever you want to do is now justified. Life here I come!
One can feel a difference inwardly, but has not and usually cannot yet express it outwardly, if one is really ever going to! You are seeing from an altered point of view, and moving accordingly. There is a tendency to go with the flow and convince yourself that you deserve the rewards that follow.
The first puzzle is “who was in the solitude room? And who is it that is coming out? And to what? And from where? And why?” These are very potent seeds at a very potent seed moment. The challenge becomes how much of what one has experienced alone can one apply and integrate into life? Which of the two realities is the real?
There is a tendency to think that now that I am getting back to reality I will have to start to function and take care of things again. In such a moment, and with such a decision one turns one’s back on the omnipresent solitude and silence and empowers the world of appearance with its names and forms. One gives priority back to Maya or the illusion of life. ‘Row, row, row your boat gently down the stream. Merrily, merrily, merrily, merrily, life is but a dream.” This song has a lot of depth to it.

When one is alone one’s thoughts hover and accumulate. They don’t usually get dissipated by interaction with others and other things. After spending say even seven days alone one has built up a certain intensity or familiarity with silence. This is not always a comfortable familiarity. But for one week one has not had one’s emotional and thought patterns changed by outside influences. One coming out into one’s personal life again, the experience of solitude stays as a presence with you for a while. It seems to be a special grace filled with wonder, like your home town after being away for some time.
One the first day of coming out of solitude, one will go through the same number of changes in consciousness that would have happened in a week of one’s previous normal consciousness. Only now one week of changes is experienced in one day. It is like living seven days in one. This is an altered state of consciousness! God’s gift of grace ….. for as long as it lasts! Unfortunately, it doesn’t usually last! The second day outside of solitude one will experience slightly less than a weeks worth of changes. The third day … even less, and so on until things get back to normal!  Whatever that is!
When one gets back to what is normal, it is usually accompanied by a sense of failure and futility. All of your problems are not solved and there are even new ones arising. All the dreams and visions or good intentions formed in the solitude now seem to be a lot further away and harder to integrate into your life. As the ego begins again to solidify, one realizes that one is not yet enlightened! Perhaps it may not even be consciously realized but felt. At such a time one might doubt the benefit of one’s experience in solitude, or one may feel that they have to go back and go further. A spiritual gong has been struck in the life of this individual, but the individual has not learned how to listen fully, much less reproduce the sound of that gong.
At this stage there is no doubt that you are already under the care of some special Guru whether you know it or not. The inner sound has been heard or felt. Reality will never be the same! Here is the challenge at last. The flame of love and devotion, or silence, has been lit. All of the old dreams and challenges in your life will have lost some of their luster and will never quite be the same again. You have loosened the grip of Maya for a while. You will acutely feel any worldly lack of peace in the situations you find yourself in. This is the test. It is a challenge of faith, or better still of the truth in the experience of silence. What is real? Is it the silence? Or is it the world? When the silence which is beyond names and forms is experienced, one knows the truth. Anything else is simply less than that!
There now is a need to re-establish stronger spiritual disciplines to maintain one’s experience of silence, or to be one’s Self. There is a fight with the ego which wants to make life better and more enjoyable. Which voice will win?
At this point if you do not maintain your daily sadhana or spiritual disciplines, like chanting and praying on a regular basis, you will fall from the path of silence, increasing karmic attachments and the resulting pleasure-pain and happiness-sorrow.
God is beyond time and space, and beyond names and forms. When you realize that Silent Being is reality and that everything perceivable and thinkable is Maya or illusion, then you are close to enlightenment. Knowledge of this Silent Being is knowledge. Knowledge of multiplicity (nature, its diversities and the implications of life) is in fact ignorance. You will have to decide if your life is to be lived in Silent Being or not.
You will get a sense of how much work has to be done to reach the path, and it is here that you will have to decide whether to live as what you have learned, or whether to run from it and just go live your life for what you can get out of it!