Deprecated: Methods with the same name as their class will not be constructors in a future version of PHP; WP_Widget_Moon_Phases has a deprecated constructor in /homepages/10/d246280433/htdocs/hariomdb/wp-content/plugins/moon-phases/moon-phases.php on line 254

Deprecated: Function create_function() is deprecated in /homepages/10/d246280433/htdocs/hariomdb/wp-content/plugins/moon-phases/moon-phases.php on line 503

Deprecated: The called constructor method for WP_Widget in WP_Widget_Moon_Phases is deprecated since version 4.3.0! Use __construct() instead. in /homepages/10/d246280433/htdocs/hariomdb/wp-includes/functions.php on line 5416
 The State of Being, By Mota Maharaj - hariomhariom 
Deprecated: Non-static method ssp::remove_version() should not be called statically in /homepages/10/d246280433/htdocs/hariomdb/wp-includes/class-wp-hook.php on line 309

The State of Being, By Mota Maharaj 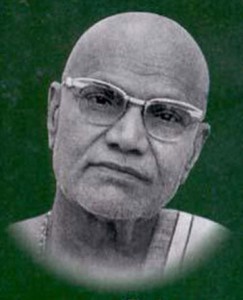 1. Being, being perfect is most subtle, yet unmanifest;
when Being manifests,  it pervades every cell of the body.

2. Being is beyond the reach of words. Being is past description.
The feeling of Being transcends human speech.
It can only be felt in the heart.

3. Being is complete concentration, bereft of positive or negative thoughts.
Total serenity fills the state of Being;
know this as Being.

4. Being is never the province of duality and qualities.
The realm of Being is far above the State of Jiva (individual consciousness).

5. When one transcends nature,
the feeling of self-harmony is felt in the heart;
That is real Being.

6. “How can one transcend nature?”
One has to rise and be in that State of Being; higher, beyond nature.

7. Remembrance, prayerful singing and chanting of His name are the means;
the practice of which when maintained for a sufficiently long, long period,
strengthens Being; and as the interest in this practice grows,
the mind and the other instruments subside and are stilled.

8. Being will then emerge;
Even in social communications.

9. To rise higher than nature to the Higher Heart
One should direct one’s mind and the other instruments, inward;
To the contemplation of That noblest Being.

10. Profound serenity, total oneness in the heart,
Neither thoughts nor contemplation exist in Being;
Total stillness everywhere.

11. This emerged state of Being,
when it becomes complete and uninterrupted,
radiates at the root of the mind and the other instruments (the senses and the ego).

12. Being is fully capable of fundamentally transforming the mind
and the other instruments of perception,
Consciousness will then prevail in one’s very foundation,
on account of Being.

13. Being has no particular form of its own.
It settles where one welcomes it.

14. Being begins to descend, once it is perfect,
And then rises to the peak of perfection;
This happens when Being is awakened,
It stabilizes with complete intensity.

15. This Being is a veritable touch-stone;
Once it touches someone a little,
Being loves to transform that person and love them completely.

16. The state of Being, though imperceptible, is completely dynamic;
When Being permeates the body, it can at times be held up somewhere;
One does not make an effort to jump over this hurdle by oneself.