Deprecated: Methods with the same name as their class will not be constructors in a future version of PHP; WP_Widget_Moon_Phases has a deprecated constructor in /homepages/10/d246280433/htdocs/hariomdb/wp-content/plugins/moon-phases/moon-phases.php on line 254

Deprecated: Function create_function() is deprecated in /homepages/10/d246280433/htdocs/hariomdb/wp-content/plugins/moon-phases/moon-phases.php on line 503

Deprecated: The called constructor method for WP_Widget in WP_Widget_Moon_Phases is deprecated since version 4.3.0! Use __construct() instead. in /homepages/10/d246280433/htdocs/hariomdb/wp-includes/functions.php on line 5416
 13 Year Old Spends Time in Solitude - hariomhariom 
Deprecated: Non-static method ssp::remove_version() should not be called statically in /homepages/10/d246280433/htdocs/hariomdb/wp-includes/class-wp-hook.php on line 309 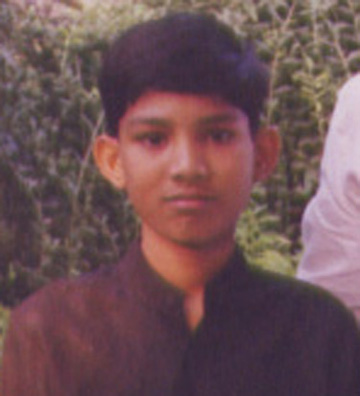 A 13 year old boy recently spent 3 days in one of the solitude rooms. In the picture above there are two sadhus who have recently come out of the solitude rooms. Pranav Patel the older of the two lives in the USA and just completed his second solitude experience this year. Both times were for one week. Pranav recently said that his first visit help him resolve several of his big dilemmas and challenges; but this second experience helped him resolve ninety percent of them! He is looking forward to going in again in the near future for a longer stay of three weeks.
The 13 year old boy came to the ashram with his mother to deliver some food for a special occasion. He asked about the room and showed a strong interest in it. He asked if he could go into solitude. He was told that with his parents approval, he would be allowed to enter the room.  His parents said he could go in for three days because they thought that he should come out for the Divali celebrations and fireworks. The young boy’s name is Nilesh D. Panchal. His birthday is June 9, 1990. His parents are Deepak and Kalpna D Panchal. Nilesh is an honours student in grade eight. The family lives in Nadiad where one of Mota’s Hari Om Ashrams are situated.
On completion of his three days in solitude, Nilesh said that during his three days alone he cried a lot, but he also mentioned that he wanted to keep going for seven days, and that he hopes to do it in the future.