The Life and Sadhana of Mota Maharaj (Bhagat)1 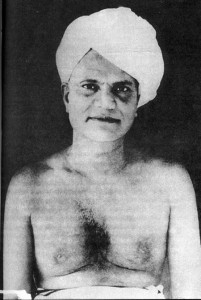 This is an excerpt from a 99 page document put out by the Hariwani Trust entitled “Pujya Mota Jeevan Darshan”. This document is a full biography of Mota, complete with pictures. The author is not mentioned. Their website is  www.pujyamota.com.
Worldly Circumstances
It was once during these periods of turmoil that, from the small number of workers outside jails, Bhagat had to work both as superintendent of the Harijan Ashram at Navsari and as Secretary of the whole Gujarat Harijan Sevak Sangh. (“Aantyaja Seva Mandal” and “Antyaja Ashram” were changed into “Harijan Sevak Sangh” and “Harijan Ashram” in 1932. Mahatma Gandhi gave this new name to ‘Antyajas’ to raise their social status. The word ‘Harijan’ has a historical background. As early as in the 15th century Saint Narasinh Mehta, belonging to the highest sub-caste even among blue blood Brahmins, went to Antyaja quarters where he sang devotional songs. He was therefore outcaste. He retorted in a song saying that those who kept away from ‘Harijans’ (men of God) were wasting their precious lives and running after tinsels. Gandhiji picked up that expression after his historic ‘fast unto death’ in Yervada Central Prison in 1932. An agreement annulling separate electorates for Antyajas (for that would have created bad blood and break among Hindus and consequent very severe oppression of Antyajas) made between caste-Hindus and Antyaja leaders and endorsed by the British Government ended his fast and saved his life. Earlier also, for accepting an Antyaja family as inmate of his Ashram, he had faced banishment and his Ashram had come to the brink of an empty chest owing to the withdrawal of support by caste-Hindus. The Godsend rich donation through a reformer millionaire had saved the Ashram.)
His duties at the Harijan Ashram at Navsari alone were difficult enough. As Secretary moreover he had to look after the finances and management of the Sangh’s institutions. In addition a new problem faced him. The Navsari Ashram, then under the Indian State of Baroda.  The Ashram was situated at a solitary place nearly a mile from the town. Before Bhagat took charge, the Ashram was already used by civil resisters as a very convenient resort for their secret plans to fight the British Government. Bhagat himself had already gone to jail and suffered lathi blows. Civil resisters naturally therefore had expected all possible aid from the Ashram and from Bhagat, for companion-in-arms.

He had therefore to take a firm stand against his own men, his political co-workers. For this courageous insistence he incurred their displeasure, but cleared the air of the Ashram. 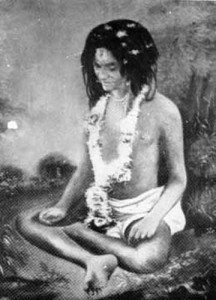 Darshan of the Guru
This entire disturbance had its inevitable effect upon his mind. He was ill at ease and feeling that he was steadily but surely losing ground, declining from the high spiritual state he had come to. And that consciousness only intensified his agony. It seemed to him impossible to remove himself from the network into which he saw himself caught. During this period of his dilemma, when Bhagat was a teacher in a Harijan boys’ school in Nadiad, he took all his students to the bank of the Shedhi River three miles away. The boys indulged in fun and frolic and he himself plunged into the depths of prayer and sadhana. With the very willing approval of the Harijan boys of the Navsari Ashram, they decided to spend a night on the lonely bank of River Supra, a few miles away. Equipped with their kits, including food, in a hand-cart, they started for a quiet place on the sands of the river. It was a lovely trip. They indulged freely in jokes and chats. At their destination, the boys collected wooden sticks scattered thereabouts and lighted a cheerful fire.
The younger boys kept the night watch until about 10:30 p.m. Then the older boys took their turn for the purpose. Bhagat kept the vigil all along, of course with his continuous silent chant. After midnight the climax was reached in the entrancing beauty of the environment. The stars in the heavens above shone brilliantly. The river, as it flowed, sang a melodious song. The soft touch of the gentle breeze quieted the mind. The sight, the sound, the touch together played the part of a lullaby (song to put child to sleep). Nature had gone into something like a samadhi. That had its overpowering effect on Bhagat, but in a way different from the usual somnolence or sleep it produces. His silent chant of ‘Hari Om’ on the background of his mind affected by the superb scene completely subdued all ripples of disturbing thought or sensation and he fell into a state of samadhi, wherein there was full Self-centred but no outgoing consciousness.

And then it happened. ‘Is this a dream?’ he wondered. Is it a projection of my unconscious mind?’ ‘Auto – suggestion?’ ‘An apparition?’ ‘What is it?’ He asked himself, for he saw something in his wide-awake state, which his mind could hardly believe to be true. It was the three dimensional form of his deceased Guru, Balayogiji, who had given up the ghost years before! The vision startled him at first. Then he bowed down to him with deep reverence and love. At that very moment came the loud unbraiding voice of that form,  “You fool ! I am here in perfect, tangible reality, in flesh and blood. I have come to animate you. Take it from me that though your present circumstances appear to be harmful to you, they are deliberately brought about by God to establish in your heart firmly and intensely, your urge for self-realization. God deigns to shower his grace and take charge of a very sincere sadhak who pines for union with him. He himself looks after both his yoga and khsehma (spiritual and material welfare.)”
“Be at ease and rest assured that God himself is going to look after all your affairs in order to facilitate your sadhana.”
Since you might feel a strong aversion toward the abuse he had hurled at me, I will not repeat it here. And then came his departing admonition: “If even after all I have said, you persist in doubting my presence, let me tell you as surely as I have resurrected myself before you, a dead body lies here.” Then he drew a circle in the sand and disappeared.

It was but natural. The whole thing had occurred in a flash and was too fantastic to be acceptable at once. And yet he was fully awake when he saw the form and heard the words of his late Guru! Fortunately the Guru had left a cue to resolve his doubt. He woke up two or three bigger boys and asked them if they could see with their lamps any circle drawn on the sand. They found it. Then he asked them to dig out the portion within. After going about 4 feet deep they came to a shallow pool of water. But still no corpse! He asked them to continue. They dug deeper and low and behold, there it was – a dove with its dead body dry in water like a lotus-leaf ! All the doubts of Bhagat were set completely at rest.