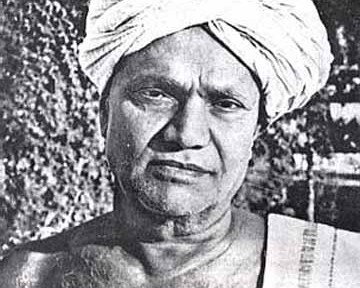 Mota Maharaj is a well known saint in Gujarat, India. He spent time with Mahatma Gandhi in jail and at the ashram for Harijans or untouchables. Mota would travel to small isolated villages and sing bhajans with the Harijans. He encouraged the young Harijan children to pursue an education, and he even took groups of children to bath in upper class streams when no others were available. He took a vow of poverty for his life, and yet at the same time he raised enough money to build 8,821 school rooms in poor isolated villages across Gujarat.

Mota’s sadhana was rather extreme and dramatic and he ran into many great saints who would play a role in guiding him on the path. Many times Mota had to face his fears. He would even go to isolated areas like graveyards and sleep there to increase his God awareness and overcome fears.

In his books many of the life threatening circumstances have been elaborated. More than 40 books were written in Gujarati by Mota Maharaj. Over the last thirty-five years many of these books have been translated into English. Although he was mostly known throughout Gujarat for his dedicated social activities and his work with untouchables, he also started the Solitude Rooms where a person of any denomination could go and spend time alone chanting and praying to God with the basic conveniences of modern society available… conveniences like a toilet and a shower.

Over the next while we will present more stories about Mota Maharaj, chanting Hari Om and the Solitude Rooms. One of the more outstanding stories was that Mota cured his own epilepsy by chanting Hari Om. When Mota went into his Maha-Samadhi he left instructions to throw his ashes in the river and that no tombstone or buildings should be built in his name. He specifically requested that any money collected should be directed towards the building of school rooms in isolated villages.