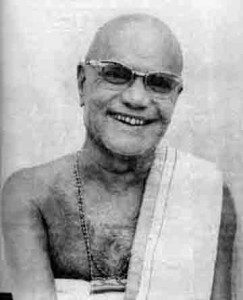 18. It is not certain that Being,
though awakened and active, flows uniformly everywhere.

19. As Being flows on and makes its way deep down,
It meets with halts and hurdles on the way;

20. By nature Being knows not to halt,
only, some instruments act as a hurdle.

21. However, by the constant touch of Being,
It plays its part invariably.

22. When the practice of sadhana gets going in the heart,
And when it goes on continuously,
Being oozes grace;

23. One who, at all times, has
the thoughts and contemplation of Being,
experiences the feeling of Being in the heart.

24. One who but once tastes the feeling of Being at heart
is pulled by its attraction, deep into the state of Being.

25. Thoughts, propencities or any other feelings
Do not prevail in the state of Being.

27. When the state of Being becomes profoundly continuous in the higher plane,
It begins to spread deep down into the very depth of crevices.

28. The proper background and proper qualification
for coming in touch with the being
Comes forth through the practice of remaining
in the continuous feeling of being.

29. When the heart swells with joy through such practice,
The State of Being emerges when the deep concentration is There.

30. Such an innate State of Being may not emerge in the heart by itself.
One must practice intensely as though intoxicated.

31. In the heart of such a one springs forth the State of Being  –  Bhava.

32. He who is continuously pervaded by the feeling of Being in life,
can be fully carefree about his actions.

33. He need not ever plan for his actions.
His actions follow his intuitive inspiration,
Such is the impact of the Being, the inner Master.

34. The awareness of proper and improper grows spontaneously.

35. He recognises his original self in the heart
The State of Being is the total reflection of soul.