Naam Is The Great Master Force, by Kirpal Singh

Naam Is The Great Master Force

Exerp from “Naam or Word”, by Kirpal Singh 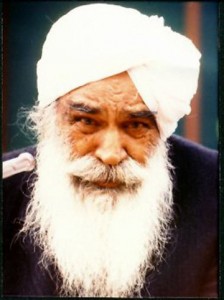 Word or Naam is the Sound-current or Sound-principle. This current or principle lay merged in the Great Silence and was hence nameless. There was then nothing but deep Silence with no name or pattern, no design or form and no colour or shade. The life vibration (principle) hidden therein, stirred the Great Deep and there came a Great Sound called Word and the whole creation came into being, and is sustained by this. With the withdrawal of the Naam or Sound there sets in disintegration and decay in all that lives, with consequent putrefaction and the result is dissolution which in common parlance is known as death. Thus this Sound is at once the beginning and the end of all that exists:
“He – the Nameless – expressed Himself and made the Naam or Word.” ….Asa War M.1. It is called variously as – Sound; Sruti (that which is heard); Shabd or Akashbani (voice from the heaven); Udgit, Sarosha (music of the Beyond); Word or Harmony; Logos or the Holy Ghost; Kalma or Bang-I-llhai (call from God) or Nida-I-Asmani (heavenly sound).
“Thou manifested Thyself as Naam and set up the creation. Out of the Formless proceeded forms in varying degrees.” ….Asa War M.1. This entire extentionalism is just of the Naam and there is nothing which is not of Him:
“Thou art immanent in all;
And nothing is where Thy Word is not.” …jap ji 19

Again, –
“All that is of life and all that is of matter is from the Naam (Whether visible or invisible),
Without a Master-soul one cannot have contact with the Naam.” ….Suhi M.3