Life and Sadhana of Mota Maharaj 7 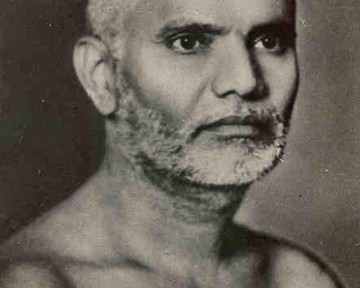 This is an excerpt from a 99 page document put out by the Hariwani Trust entitled “Pujya Mota Jeevan Darshan”. This document is a full biography of Mota, complete with pictures. The author is not mentioned. Their website is  www.pujyamota.com.

Memorable Incident
Every day he could see that those that gathered round Dada formed a medley of people coming from all strata of society – the highest to the lowest – in both spiritual and material spheres. Faces of the rich and the poor, recluses and worldly men, scholars and illiterates, men, women and children were not at all an uncommon sight. But one day he had an extraordinary experience. Without any seeming context, Dada went on dilating upon the relations between Indian princes and the sovereign British Power. He castigated them for adopting the meanest methods to propitiate their earthly Gods – the British overlords. Not content, he exposed the debased character of a particular unnamed Indian Prince.
In about an hour the Crown Prince of Indore came up with a retinue of horsemen. Probably Dada began his chastisement just when the Prince started for coming to him. Evidently he was in a serious trouble. He laid at the feet of Dada two big trays filled with silver and gold coins and pieces, as his tribute to him. At the height of his wrath, Dada spurned the trays with vigorous kicks, scattering the coins and pieces all around. The horsemen had to cordon off the ground covered by them. Not satisfied with this stunning insult, he poured a torrent of abuses on the father of the Prince, called him a sycophant and a man of vile character. As the Prince humbly put up with all that public disgrace, Dada relented after a time. The Prince entreated Dada to help his father. Dada said that his father would have to abdicate (give up power ), but he would be installed on the throne. (The king was gravely involved in the then well known Bawla Murder Case.) Later events proved the truth of the prediction.

Chunilal saw another elevating sight. Dada was never known for any literary accomplishment, but he began to recite Sanskrit Shlokas (verses). Soon after, a scholar came up and recited in Dada’s presence the very same shlokas and in exactly the same order. Chunilal was so impressed that waiving all fear and etiquette (conventional rules of manners), he ventured to meet the unacquainted scholar. He was a kind gentleman. He said that he would come to Dada for elucidation of some Vedic verses and, automatically either immediately or within 10 or 12 days, he would get at their true meaning. The scholar added, “Nobody knows Him really, He is omnipresent.” .

There was a popular belief that Dada’s mere darshan could heal diseases. For 10 or 12 days Chunilal carefully noted the cases of invalids who came to Dada for relief and found that definitely 30-35 percent of serious cases were thus cured. These incidents as well as Dada’s power to know things that happened far away, as he had already found out, finally convinced him beyond a shadow of doubt that his Guru did possess divine powers, that there was a method in his madness that his rough handling did nothing but good to those so dealt with.

Parting Admonition
After 10 or 12 day’s stay in Dada’s purifying company, he (Dada) threw a coconut at Chunilal’s head, it struck him and starting swelling. Then he said, “You can go home now. Continue the work you were doing. Never forget to pray to me. And leave once for all, your craze for the service of the country. You shall now do everything wholly and solely for the love of God and as your service to Him. No other motive must sway your mind any more. Your work itself has got to be a prayer to Him. Without first freeing themselves from the clutches of attachment and hatred likes and dislikes etc., those who rush in for service of others are certain to go wrong off and on. Perfectly right action cannot be performed with an imperfect mind to impel it. Let those highest goal in life is service to humanity render service in that spirit. You have taken to the spiritual path in search of God.
You shall henceforth continue your service not with the object of serving humanity as such, but for serving God through all your work. That inner urge, however powerful, may not at all lower the material value of your service. It will, on the contrary, make you even more efficient then before, if only you heartily follow my order God will then invisibly step in and solve your service problems, definitely in a better way than you could have done by taking guidance from your unaided human intellect. Gandhiji’s watchword ahimsa (non-violence) is excellent, but quite a large number of his followers are not inspired with its true spirit. Leave them to themselves. Mind your own business, concentrate upon the inner self; now be off, and remember me and my advice.

A Cure and its Amazing Aftermath
On his return from Saikheda, Chunilal took the first opportunity to see a co-worker. Bhagwatprasad Pandya, lying in bed at the Dufferin (now Sayaji) Hospital in Baroda. He was a patient of T.B (tuberculosis) of the testicles. The cure, if any at all, was wholly disappointing. Chunilal narrated his own experiences of the patients at Saikheda and persuaded Bhagwatprasad: “Go to Dhuniwala Dada’. Why may you not be among the 30 percent successful cases?” But Bhagwatprasad was wavering. Chunilal then offered to pay his railway fare both ways, if Bhagwatprasad returned disappointed.

Bhagwatprasad went to Saikheda and the result was most amazing All his inhibitions were swept off. Completely cured, he forsook all his worldly connections, became a whole-hogger disciple of ‘Dhuniwala Dada’, stripped his whole body to the skin and never returned.

In turn with ‘Dada’ Bhagwatprasad used to note down everything Dada cared to say in connection with Chunilal. Now, Chunilal never slept in his house. He spent his nights in solitary and dangerous place such as the crematorium of Nadiad or rendezvous of thieves. Naturally, in places such as those, there were times of stress and strain for Chunilal. From the deepest depth of his heart he would then sing devotional songs of his own creation. By God’s grace Dadaji’s clairvoyance heard these prayers in Gujarati and though he did not know that language, repeated them exactly. Pleased with Chunilal’s fervour he would exclaim, “How saturated with deep feeling his prayers are! It is because of his intense earnestness that they reach my ears.” When Chunilal visited Saikheda later on Bhagwatprasad would show him the prayers which he had written down. Not a word was found altered from the original composition.