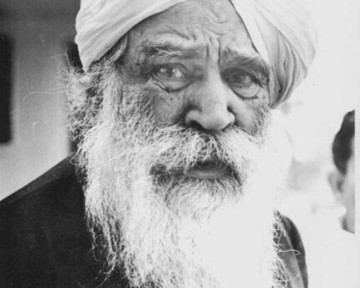 9. Then Maha-sthama-prapta Prince of the Lord’s Dharma, rose from his seat and bowed down to the feet of the Lord Buddha, together with the fifty-two members of his Brotherhood of Bodhisattva-Mahasattvas, and said : Blessed Lord! I recall that in a past Kalpa long ago, as many Kalpas ago as there are grains of sand in the river Ganges. there appeared in this world a Buddha, called Amitabha-prabhasa Buddha, whose Buddha-land was in the Eastern Heavens. In that Kalpa there were twelve Tathagatas who followed each other in close succession, the last one being called Buddha-Chandra-surya gomin, who taught me to practice meditation upon the name of Amitabha, saying: ‘Namo Amitabha-Buddhaya’. The value of this practice lay in this. So long as one practices his own method and another practices a different method, they balance off each other and meeting, it is just the same as not meeting. Whereas, if two persons practice the same method, their mindfulness would become deeper and deeper. and they would remember each other and develop affinities for each other life after life. It is the same with those who practice concentration on the name of Amitabha—they develop within their minds Amitabha’s spirit of compassion toward all sentient life. Moreover, who ever recites the name of Amitabha Buddha, whether in the present time or in the future time, will surely see the Buddha Amitabha and never become separated from him. By reason of that association, just as one associating with a maker of perfumes becomes permeated with the same perfumes, so he will become perfumed by Amitabha’s compassion, and will become enlightened without any other expedient means.
Blessed Lord My devotion to reciting the name of Amitabha had no other purpose than to return to my original nature of purity and by it I attained to the state of non-rebirth perseverance. Now in this life, I have vowed to teach my disciples to concentrate their minds by means of reciting the name of Amitabha (Namo Amitabha-Buddha) and also I teach them to wish to be born in his Land of Purity and to make that their only Refuge.