An excerpt from Mantras: Words of Power by Swami Sivananda Radha 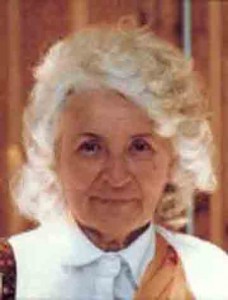 A mantra is a combination of sacred syllables which forms a nucleus of spiritual energy. This serves as a magnet to attract or a lens to focus spiritual vibrations. According to the Upanishads, the ancient scriptures of India, the original abode of the Mantra was the Parma Akasha or primaeval ether, the eternal and immutable substratum of the universe, out of which, in the uttering of the primal sound Vach, the universe itself was created. (This same account is found in the Gospel of St. John, “In the beginning was the Word.”) The Mantras existed within this ether and were there directly perceived by the ancient Rishis, or seers, who translated them into an audible pattern of words, rhythm and melody.
The root man in the word Mantra means in Sanskrit “to think”; tra comes from trai, meaning “to protect or free from the bondage of samsara or the phenomenal world.” Therefore Mantra means, “the thought that liberates and protects.” But there are many levels of meaning in a Mantra which must be experienced to be truly understood. An intellectual explanation encompasses only a very small part of its meaning.
The chanting or recitation of mantras activates and accelerates the creative spiritual force, promoting harmony in all parts of the human being. The devotee is gradually converted into a living center of spiritual vibration which is attuned to some other center of vibration vastly more powerful. This energy can be appropriated and directed for the benefit of the one who uses it and that of others.