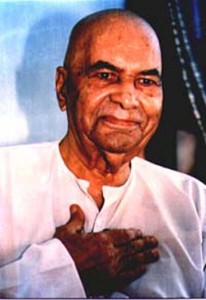 Papaji, a disciple of Ramana Maharshi

Om is the name of God, of Reality, and is always chanted to cleanse body, tongue, and mind. Chant Om at the beginning and end of the waking state.
Om is that vibration in which millions of planets hang. Inquiry is only through the mind and this mind is in the vibration. Om is vibration taking you to your Source, Om takes you to Being.
To chant Om as long as possible is one way to empty the mind because it pumps all the vasanas and desires out of the heart. Then sit in meditation as long as possible and you will win freedom.
This Om was picked up by Christians and called Amen, and by the Muslims who call it Ammin. They are both forms of Om.
Om is Brahman is Sat-chit-ananda, contemplation on Om is contemplation on Self. 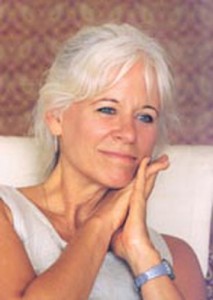 Gangaji, a disciple of Papaji who was a disciple of Ramana Maharshi. Gangaji maintains a meditation  practice with a large number of followers, especially in the USA.